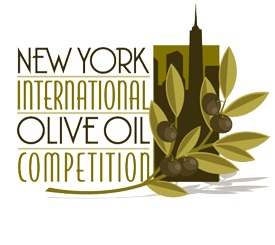 Last week, the results of the first annual New York International Olive Oil Competition were announced. Producers from around the world were invited to submit their 2012 harvest EVOO and more than 700 answered the call. The judging panel was also made up of international experts with the chief judge being the most renowned, passionate and principled olive oil taster (and also the guru of The Olive Oil Merchant), Gino Celletti. [Note: For those that are interested in really understanding olive oil, I encourage you to preview his recently published book here.]

Undeniably, the most notable mention went to Frantoio Franci of Italy, winner of 2 Best of Class Awards and 1 Gold Medal. The Olive Oil Merchant is proud to announce that in addition to Frantoio Franci, partner farms De Carlo (Best of Class) and Librandi (Gold Medal) were also winners. We are thrilled to see their hard work recognized with these distinguished international awards.

While events such as this are undoubtedly steps in the right direction in terms of diffusion of Olive Oil culture beyond the Mediterranean, head judge, Gino Celletti, informed us that the panel had to eliminate more than 375 entries due to either rancid or muddy sediment defects. More shocking still is that these two defects manifest themselves with time – years, not months – and as such, it is clear that many producers submitted old oil to this competition. Good grief!